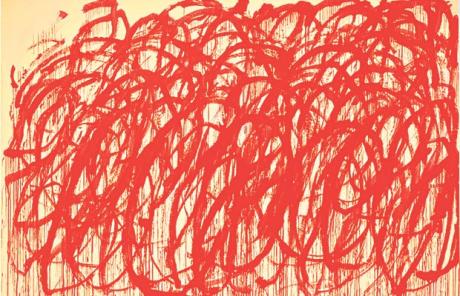 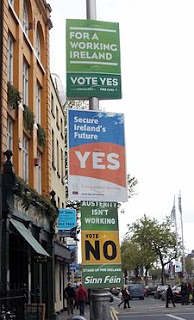 Irish citizens are to vote, on 31 May, on whether or not to accept a treaty on fiscal discipline - a document that some say is the first step towards fiscal union and others say is a sop to reassure Germany that its bailout funds will not be frittered away. The four latest opinion polls show that the referendum, if held today, would be passed, with the ‘yes’ side ahead by a comfortable 14 to 20 points and most pollsters predicting around 60% of those voting will vote in favour of the treaty.
The ‘fiscal compact’, or what the EU calls the ‘Treaty on stability, coordination and governance in the Economic and Monetary Union’, is a 24-page document signed on 2 March by 25 countries. It contains one article (Article 3) setting out a commitment for governments to maintain their budgets in balance or surplus, which forms the meat of the treaty. It also provides for the EU Court of Justice to fine countries up to 0.1% of their GDP if they fail to apply it once ratified. According to one of the recitals at the beginning of the text, a ‘no’ vote would cut Ireland off from future rescue funds from the European Stability Mechanism, the eurozone’s future bailout fund, but even if Irish voters reject the treaty, it will still come into force once 12 countries ratify it.

However, the referendum campaign has led to some interesting developments in national politics, with republican party Sinn Fein gaining huge popularity promoting an anti-austerity plan that includes rejection of the treaty itself. Paul Murphy, an Irish MEP and leading figure in the United Left Alliance, a coalition of Irish politicians that is also opposing the treaty, says a vote in favour would “lead to generalised austerity across Europe”. “A ‘no’ vote will be welcomed by millions across Europe whose lives have been devastated by cuts and unemployment,” he said, on 29 May.
The Irish coalition government, made up of centre-right Fine Gael party and the centre-left Labour party, has made the withdrawal of bailout funds a central issue in its campaign. Research Commissioner Máire Geoghegan-Quinn told Europoliticsrecently that the vote was “about money,” while Taoiseach Enda Kenny’ in his latest speech told Irish people that the treaty would “create stability in the eurozone, which is essential for job creation”.
Αναρτήθηκε από Left Liberal Synthesis στις 9:47 μ.μ.